Why Plastic Bags Are Bad? 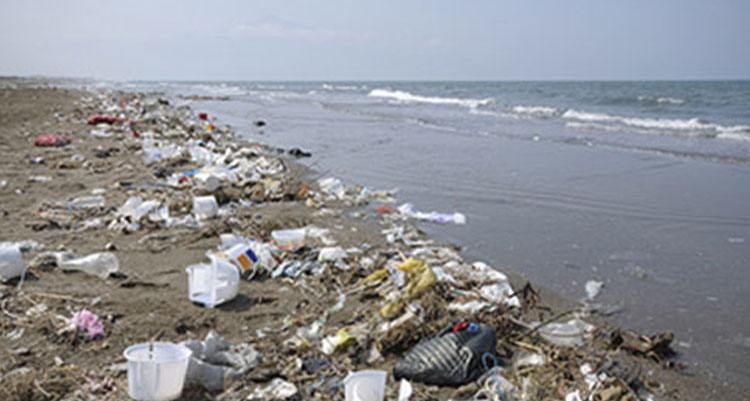 Why plastic bags are a threat to the Earth

It’s been precisely seven years since the state of California imposed a ban on single-use plastic bags at large retail stores, and seven more followed suit. Despite being a good start, that’s 42 states too little. The slow phasing out of these bags is not happening quick enough – their dangerous, toxic, and menacing qualities are posing a threat to our planet, from the darkest depths of the oceans to the increasingly thinning ozone layer. Why are we so thoughtlessly burning through fossil fuels and creating virulent materials that will long outlive us (by thousands of years)? As does the pressure we put on governments to break free from this suffocating cycle of plastic convenience; our habits need to change.

The issue starts before the bag has even taken its shape. The root of the problems starts with fracking for oil, which is what plastic is made. It is estimated that 12 million barrels of oil are used to make plastic bags a year. Oil is a non-renewable source that will eventually run out – rather sooner than later, at the rate we are wasting it – and it leaves long-lasting negative impacts on the environment and the people that extract it. Air pollution is at the very top, having the surrounding areas choked with toxic gases triggering, at best, asthma. At worse, it may leave you with heart problems, developmental issues, and cancer. Water contamination shares the number 1 spot because it, too, can travel far beyond the fracking site and reach millions of people. Think of it this way: On average, one oil well requires 1.5 million gallons of water. There are 1.7 million oil and gas wells in the US. Quick math tells that the amount of water we are polluting and wasting is abnormal when 780 million people are going without. This toxic water is cleaned and treated, yet the majority is left in underground wells, never to be used again.

This first destructive step is just one of the many reasons why plastic bags and climate change go hand in hand. Once all these dangerous obstacles are passed to make the bags, the shocking reality is that they are only used for an average maximum of 12 minutes! Indeed this isn’t a justifiable amount of use for something that will remain on this planet forever? Maybe the effects would be less severe if they stayed in the landfill when disposed of. However, their light nature means they often end up everywhere but the bin – wreaking havoc on ecosystems. The most devastating and obvious damage is what we see happening in the oceans.

A quick search on Google images shows thousands of photos of plastic bags caught on fish fins, tangled around coral, wrapped around otters’ necks, and poking out from turtle mouths. One in 3 leatherback turtles has been found with plastic in their stomach. A 2020 study published by Current Biology found they are particularly at risk. Not only do plastic bags look similar to jellyfish, the bacteria and algae accumulating on them also smell like food. This results in the turtles actively seeking out plastic bags to eat – a proper death trap! A further 100,000 marine animals are killed by plastic bags annually. They either choke and die from having their airways blocked or ingest the plastic and get sick from the many toxins it contains, such as Dioxin. The irony is that these end up in our bodies when we eat seafood – up to a credit card amount of plastic a week! Not enough research has been conducted to determine the ultimate long-term effects this will have on humans; however, if it’s anything similar to the poisoned plastic fish, we have a lot to worry about.

So, how can we start making a difference and work towards reducing our plastic bag obsession? There are a few steps we can take to lessen our part in this plastic crisis. Firstly, we must reduce the amount of plastic bags we use. Although they are handed out for free nearly everywhere, we know their price for the planet is extremely costly. Get used to bring your bag with you, carry small items in your hand, and don’t package each fruit, vegetable, and pastry in their plastic bag either. Repurpose the ones you have at home and check if your local recycling center accepts them. As a very last resort, put them all in one bag together and make sure it is secured deeply in your rubbish bin so there is little to no chance it can escape into the environment. Lastly, we need to encourage businesses and corporations to switch to compostable bags – the future relies on it. Compostable bags are made of natural materials containing no plastic particles such as polyethylene which means they will return to natural soil matter in approximately 180 days. This is a more valuable property than being just biodegradable, which means it will take a shorter time to break down into microplastics. If these were to permanently replace even half of the plastic bags given out today, the USA’s consumption would go down by 50 billion! That’s 6 million fewer barrels of oil used for their production, and 50 billion less than endanger sea life by suffocation and ingestion, 50 billion less left lying around for centuries to come. 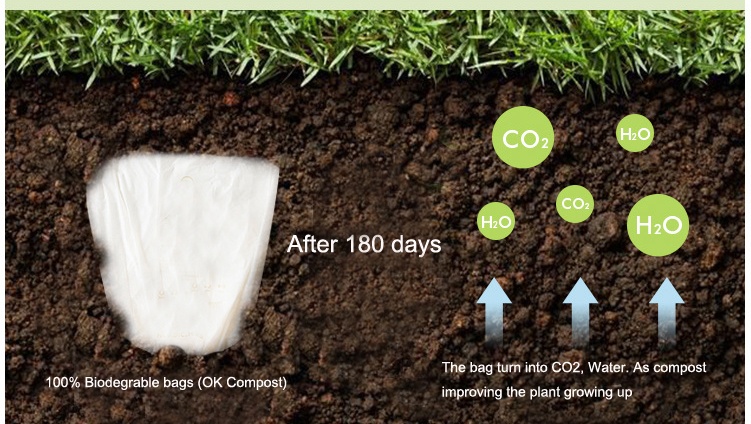 Remember that we are not the only beings on this planet – as the most intelligent species, we ultimately have the responsibility to protect and conserve, not ruin and destroy. This goes for our children’s environment and our children, whom we should not be leaving an unfixable mess behind. We blessed with a beautiful planet, the power to make the right decisions, and plenty of innovative ideas – surely we don’t want to throw this away for a bit of plastic convenience that lasts us 12 minutes? Kindly choose the compostable bin bags instead of plastic bags from now on!